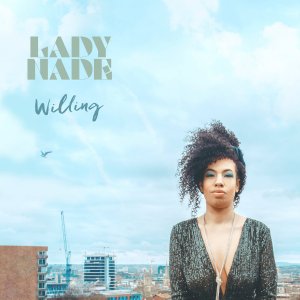 Singer-songwriters from the world of folk music are breaking through. Katherine Priddy emerged this month with a debut album championed by the folks at BBC 6 Music and BBC Radio 2, while Chloe Foy released her debut to a rave review in the Sunday Times, accolades from mainstream music journals and the hippest corners of media world. Similarly, Gareth Bonello’s Khasi-Cymru Collective enjoyed Folk Album of the month in The Guardian alongside other noteworthy media success while singer Lady Nade has also enjoyed considerable critical attention and a UK Americana Award nomination.

It’s no surprise then, that three artists find themselves landing in this month’s Official Folk Albums Chart compiled by the Official Charts Company. But they have something else in common. Each of the artists participated in English Folk Expo’s Artist Mentoring Programme. A small, registered charity it may be, but it achieves big results.

Katherine Priddy’s debut release, The Eternal Rocks Beneath went straight to the No.2 slot on June 2021 Folk Albums Chart announced 6 July, while Chloe Foy’s debut, Where Shall We Begin landed at No. 24, with Lady Nade, just one place behind at No. 25 with Willing.

At the heart of EFEx’s ethos is the drive to support emerging artists from the world of folk, roots and acoustic music. It is the driving force behind the Official Folk Albums Chart – an initiative that has seen increased profile for the specialist genre across a range of radio and print media, including on BBC Radio 2 and Music Week – and, since 2018 has produces an Artist Mentoring Programme. Successes are tangible proving that when combined with incredible creative talent, training, knowledge and mentoring does work.

Folk, roots and acoustic music is an important but specialist genre within a music industry that has seen radical changes to opportunities over the past decade. Coupled with the COVID-19 pandemic, a career in live performance is even more precarious. Being a musician is far more than playing music. It is essential for any musician at the start of their career to understand the music industry and learn to navigate it to achieve success. The EFEx Artist Mentoring Programme provides emerging artists the skills and networks to thrive. Each artist on the programme is partnered with a professional music industry mentor who offers guidance throughout the year-long programme. Participants learn about stagecraft, the steps needed to release an album (including sync, licencing and publishing), the roles of manager, booking agent, label and distributor, live touring and the structures of deals, business planning and much more. They take part in training days, attend industry conferences (Americana Music Association and FOCUS Wales) and showcase at English Folk Expo and perform at the Cambridge Folk Festival, one of the UK’s most famous festivals.

“With the knowledge that I gained, I was definitely more empowered to make certain decisions and to kind of believe in myself a bit more” says Chloe Foy of her experience on the programme, “I’ve done two of my own headline tours, and I’ve really gone from strength to strength”.

“The English Folk Expo Mentorship scheme has played an invaluable role in helping me take the next step in my music career” adds Katherine Priddy. “Regular meetings with the English Folk Expo team and my wonderful mentor Stevie Smith have helped boost my self-belief and given me the support and contacts I need to confidently move forward with a debut album release as well as overcome my insecurities. I have learnt so much and have been given access to many of the tools I need to keep carving out a career in music.”

EFEx Chief Executive, Tom Besford says “Many artists who perform folk, roots or acoustic music are wholly independent or DIY. When trying to make an impact in the wider commercial music industry, it can be really hard to know where to put your energy. English Folk Expo exists to support musicians at all career stages to build sustainable and thriving careers. I’m absolutely delighted that three artists we have worked with very closely have placed in the chart in a single month and I look forward to seeing other similar success in future.”

The next cohort for the EFEx Artist Mentoring Programme 2021/2022 will be announced shortly.