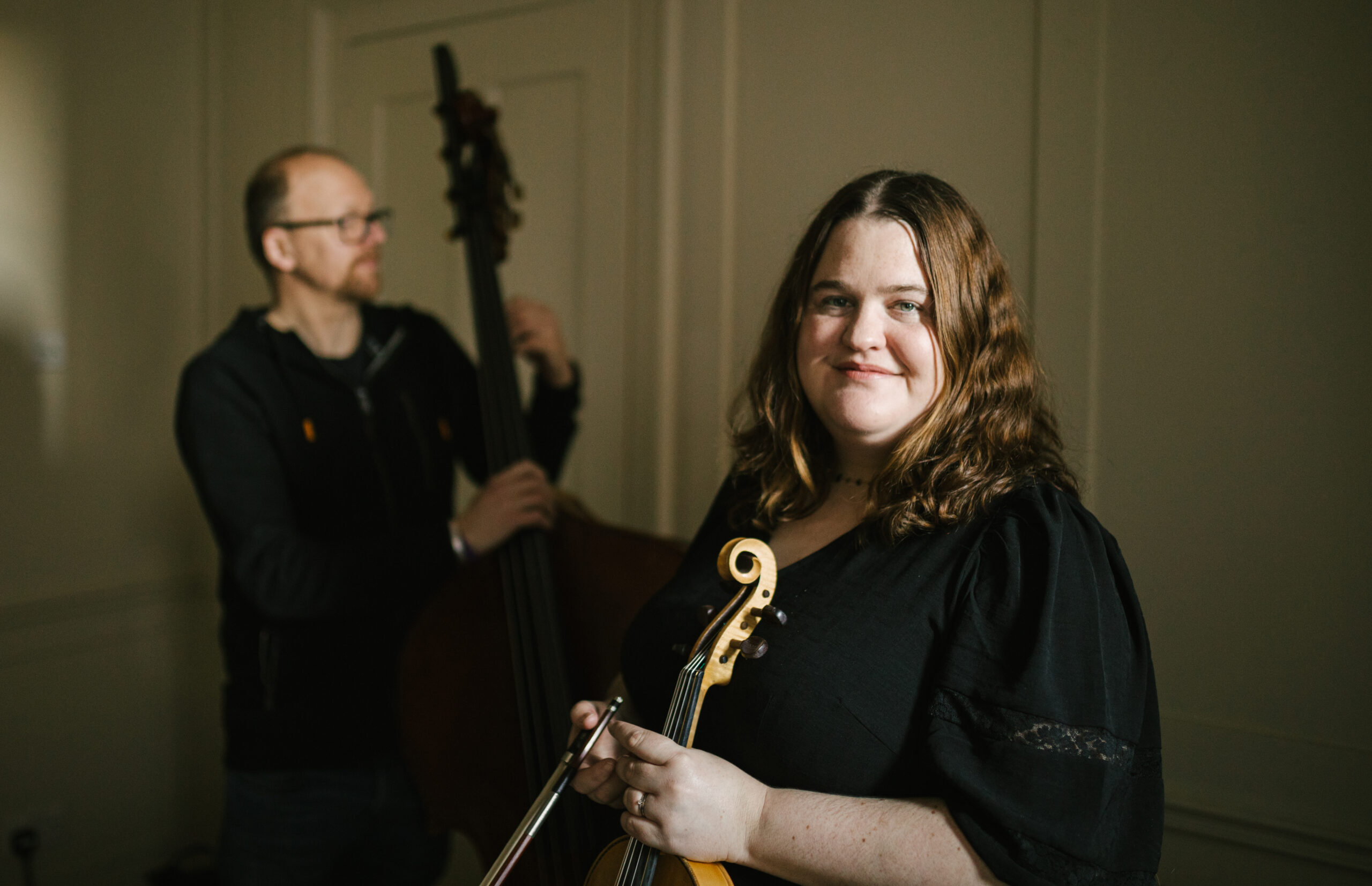 Jackie Oates is an English Folk Musician, Singer, Performer and Educator. Jackie lives in Oxfordshire with her young family. After 17 years and seven solo albums Jackie Oates is a central figure in the accomplished, informed and stylistically individual English traditional music scene that began in the early 2000s and continues to thrive.

Regarded as one of the country’s best loved folk performers, Jackie’s current focus is on collaborating with a diverse array of artists and commissions. Jackie continues to perform concerts and make the solo records that regularly rack up glowing broadsheet reviews, and in addition of late, is focused on her work as a collaborator and contributor; finding new and surprising artistic corners to illuminate with her voice, research and musicianship.

Following the death of her much-loved dad five days after the birth of her first child, Jackie’s 2018 album ‘The Joy Of Living’ reached beyond the past lives in folk song to the lived experience of all of us. The Guardian called it “utterly gorgeous… moving, depth-filled.”

Since then, Jackie has released classic covers with Scritti Politti’s Rhodri Marsden, researched pagan Bath for the mavericks at Lush cosmetics, been Artist In Residence at the Twitter-famous Museum of English Rural Life, lent her voice and musicianship to CBeebies’ Nick Cope’s Popcast, and begun an ongoing mixed media work about the history of lace telling.

Jackie Oates continues to bring elements of the English folk tradition to new people and places; in turn bringing a much-needed calm and joy to those who hear it.