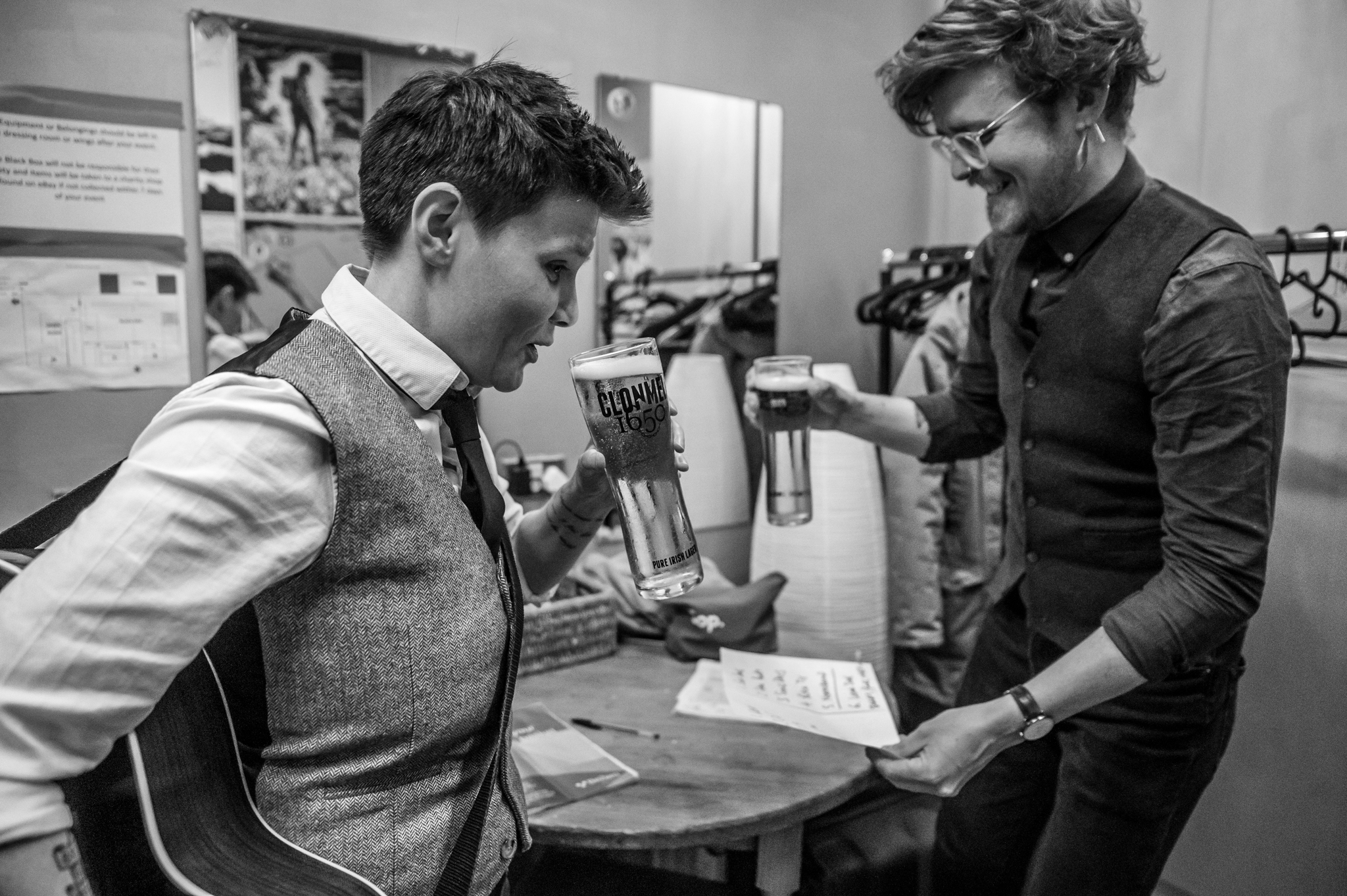 Protest singer Grace Petrie has an army of loyal fans across the alternative, LGBTQ+, folk, political and comedy scenes. She’s toured to arenas with Frank Turner, has supported comedian Hannah Gadsby, toured with comedy phenomenon The Guilty Feminist, has done a prestigious live session on the BBC Radio 2 Jo Whiley Show and reached the top 40 in the UK album charts in autumn 2021 with her new album ‘Connectivity’. Festival appearances have included The Acoustic Stage at Glastonbury Festival, Port Fairy Folk Festival in Australia and Vancouver Folk Festival in Canada among many more.

‘She writes the sort of songs you want to pin the lyrics of on your bedroom wall, or on the office door, to remind you and everyone else who might read them what is important and true’ Buzz Magazine

Lucy Grubb is a singer/songwriter from Norfolk weaving her own way onto the British Americana scene. After years of honing her skills at UK festivals such as Glastonbury, Latitude, Cambridge Folk Festival and AmericanaFest, 2021 saw the release of her third EP ‘Waste My Time’ with a string of Summer dates and a standout performance at Moseley Folk Festival. Now with three EPs under her belt, her debut EP named Best UK EP of the Year by Country site Belles & Gals and her second EP gaining 5* by Maverick Magazine, Lucy’s third EP recorded during lockdown showcases her musical progression and maturity.

GUISE is the voice and heart of Jessica Guise. Possessed of a remarkable folk lilt, she sings with delicacy whilst imparting dry wit and vicious asides – by turns sweet and haunting. After the success of their first EP, “The Fun Part”, in 2020, Guise released their first studio album “Youngest Daughter” on Xtra Mile, produced by Jess’ husband, Frank Turner. Reaching number 18 in the Official Folk Chart, the album received rave reviews; “a staggering debut from Guise who are surely going to take over the indie-folk scene” (Vinyl Chapters). Building up her live profile supporting the likes of Richard Thompson, Will Varley and Frank, Guise is an entertainer at heart
and her openness, vulnerability and sense of humour set her apart.