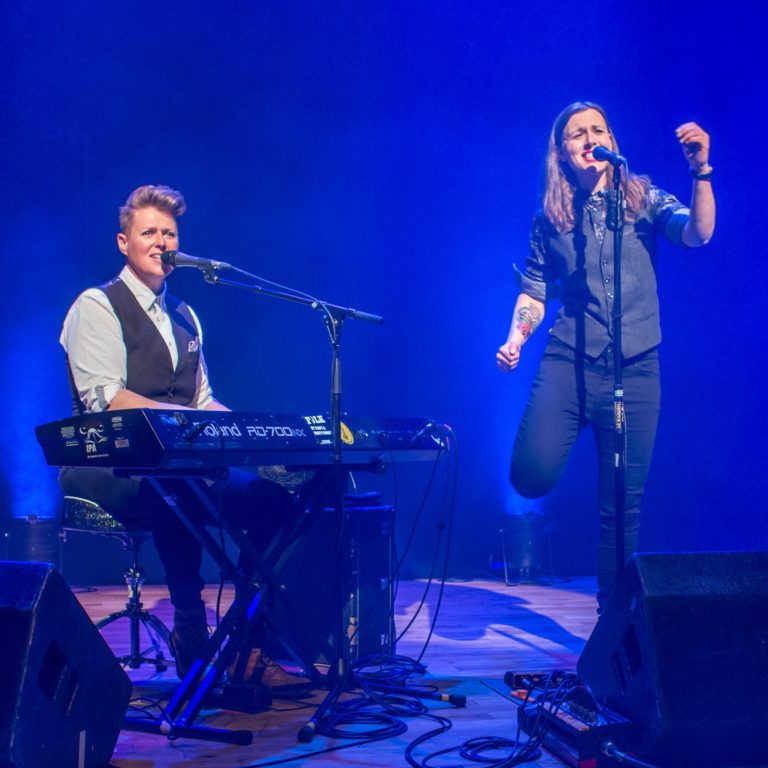 With a personal invite from Billy Bragg to play Glastonbury, sessions on 6 Music and Radio 2, five star reviews and a feature in The Guardian, the songwriting, voice and piano partnership of Belinda O’Hooley and Heidi Tidow is regarded as ‘One of British folk music’s mightiest combinations’ (MOJO).

Belinda and Heidi’s boundless songwriting has been described by The Guardian as ‘exceptional’ and The Independent as ‘defiant, robust, northern, poetical, political folk music for the times we live in.’ Their song ‘Gentleman Jack’ features as the closing theme song for Sally Wainwright’s latest BBC/HBO drama series Gentleman Jack. From an emotionally charged song about an elephant orphanage in Nairobi, to a joyous celebration of the Leeds cycling champion Beryl Burton, they explore, consider and connect subjects and stories in a distinctive, inventive and memorable way.

As I can’t go on tour to perform my album ‘Inversions’ we hope you enjoy this instead. To celebrate #nationalpianoday, here’s a little look into our home and my morning piano play. The tune is ‘Aran Fawddwy’ written by Heidi and featuring a special guest appearance by Flynny!