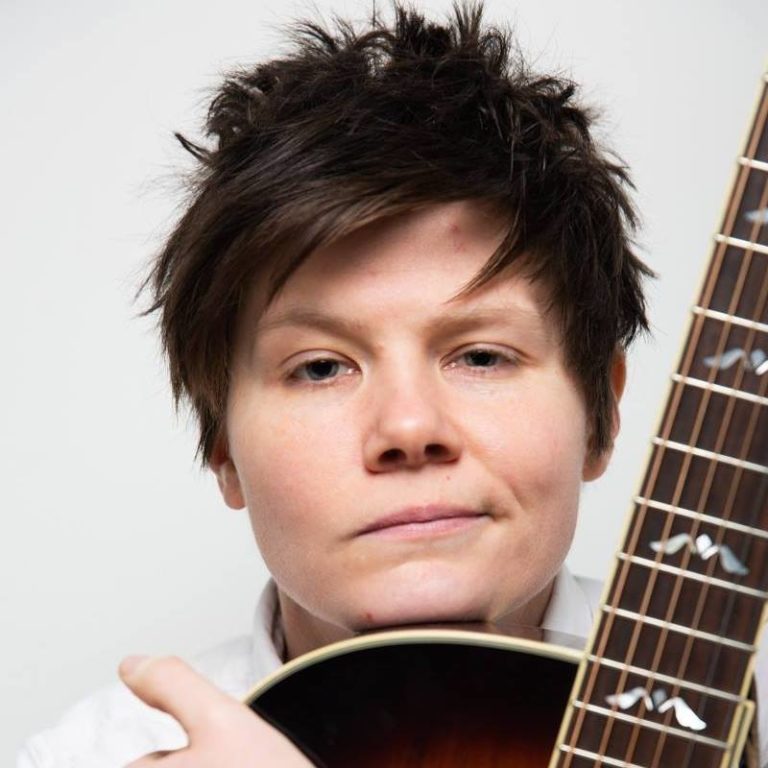 Grace Petrie has been described as ‘an effervescent charm-bomb of a performer’ by The New Yorker. A protest singer, songwriter, folk artist and social justice activist from Leicester, she is fearless in tackling tough issues and winning over tough crowds. She’s toured with Frank Turner and Billy Bragg, and this summer performed to huge crowds on The Acoustic Stage at Glastonbury Festival.

Grace has started an A-Z of covers with her housemate, Ben. Here’s A, B and C! Follow her on facebook for the rest…

Ben Moss, Frank and I are holed up in self-ice and to pass the time we have decided to do an A – Z of covers, just to make you all feel worse.

We’ll be posting them as frequently as we can get out of our pyjamas to do them.

Here’s the Sugababes magnum opus, About You Now.

Listen to Grace Petrie on Soundcloud.