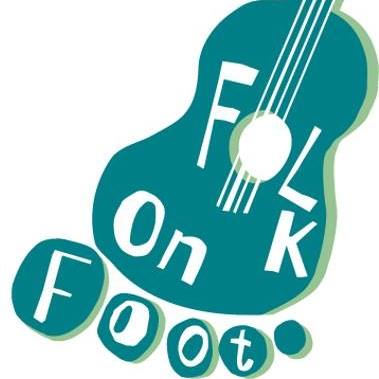 Folk on Foot was launched by the broadcaster and former BBC executive Matthew Bannister in August 2018, bringing together his three passions: folk music, walking and telling stories in sound. In its first year the podcast was nominated for four major awards and won two of them:

In each episode Matthew walks with a leading folk artist in the landscape that has inspired their music and they sing and play on location. The list of artists taking part reads like a Who’s Who of the contemporary folk scene and the locations are often spectacular, ranging from mountain tops to remote white sand beaches and from a disused brick factory on the outskirts of Sheffield to a Sussex wood in the middle of the night. We also hear the sounds of the natural world: curlews circling overhead, waves crashing on the shore, campfires crackling and rivers burbling under bridges.

This fantastic festival was broadcast live on Easter Monday 2020. It is raising money for the performers to help support them during the Lockdown.

The festival site including information about artist merchandise is here

Donate to the festival here