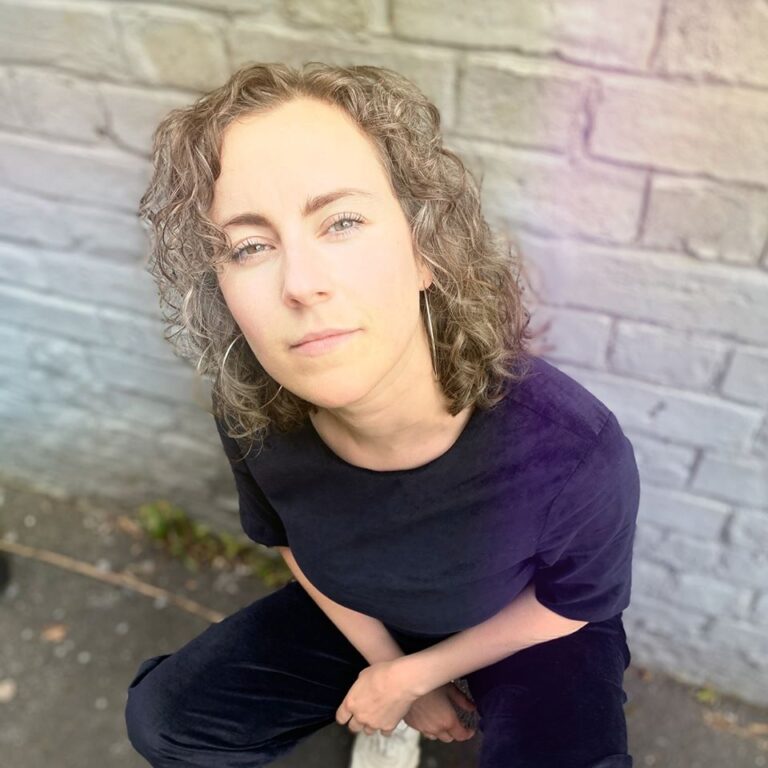 Born in Kent but spending her primary years in Japan, Amy studied Vocal and Opera Studies at the RNCM graduating with a 1st Class Honours Degree. Seven years on, she returned as a Masters student on the Popular Music course in 2019.

A versatile voice and flare for performance has led Amy to have a diverse career as an opera, pop and jazz singer, a recording artist, a writer, an actor and more recently, a musical comedian.

Starting her singing career in the classical world, Amy’s first major part was singing the role of Dido in Purcell’s Dido and Aeneas in the Hollywell Music Room, Oxford. Amy has since performed multiple roles across the country as well as appearing as a soloist at Leeds Lieder Festival, and with choral societies including Blackburn Choral Society and Streatham Choral Society. Also enjoying contemporary music, she had a leading role in two world premieres; Anya17 with Royal Liverpool Philharmonic’s 10/10 Ensemble and The Mermaid of Zennor at London’s Tete a Tete festival. She has toured extensively singing the works of Gilbert and Sullivan with Oxford-based company, Opera Anywhere, as the lead soprano. Amy has performed solo recitals globally from Didsbury Arts Festival to Gozo, Malta. With a passion for making opera accessible and comical, she has sung live on air for BBC Radio 5 Live and ITV’S This Morning.

Following her classical studies, Amy trained in acting and Musical Theatre through Hope Mill Theatre and Manchester Actors’ Platform. Amy has performed in actor-musician roles with theatre companies such as Feel Good Theatre and JB Shorts productions with renowned directors Caroline Clegg and Roger Haines. One of Amy’s personal highlights as an actor-musician was working as a narrator for Piccadilly Symphony Orchestra in their performance of Stephen McNeff’s Peter Rabbit, which was showcased in venues such as the RNCM Concert Hall and the Preston Gulidhall. Amy’s most recent work in theatre includes performing at the Royal Exchange Theatre for their Co:Lab Festival, and singing an original song for Julie Hesmondhalgh’s Take Back Theatre.

A new vocal chapter started for Amy when she started singing jazz and pop. After studying jazz theory and singing, she has sung as a soloist at Matt and Phreds Jazz Club, Edinburgh Festival, Marciac Jazz Festival and featured as a guest with the RNCM Big Band. As a pop singer, Amy has sung backing vocals for multiple bands, including Alt-J and also worked as a session singer for various production companies. She formed the band KAZE in 2017 and they received multiple plays on BBC 6 Music as well as being featured twice as ‘Single of the Week’ on BBC Radio Scotland. Amy starred in and directed all seven of their music videos which can still be viewed on the KAZE Youtube channel.

Amy’s latest career extension has come in the form of musical comedy. After winning her first 'Beat The Frog' in May 2019 at Manchester's Frog and Bucket, Amy qualified for the World Series finals in October. She also went on a 10-date summer tour of open spots stopping at Edinburgh Fringe, London and Manchester. Since then, Amy has performed live on air twice for BBC Radio Manchester, and is a finalist in the 2020 Musical Comedy Awards in London.