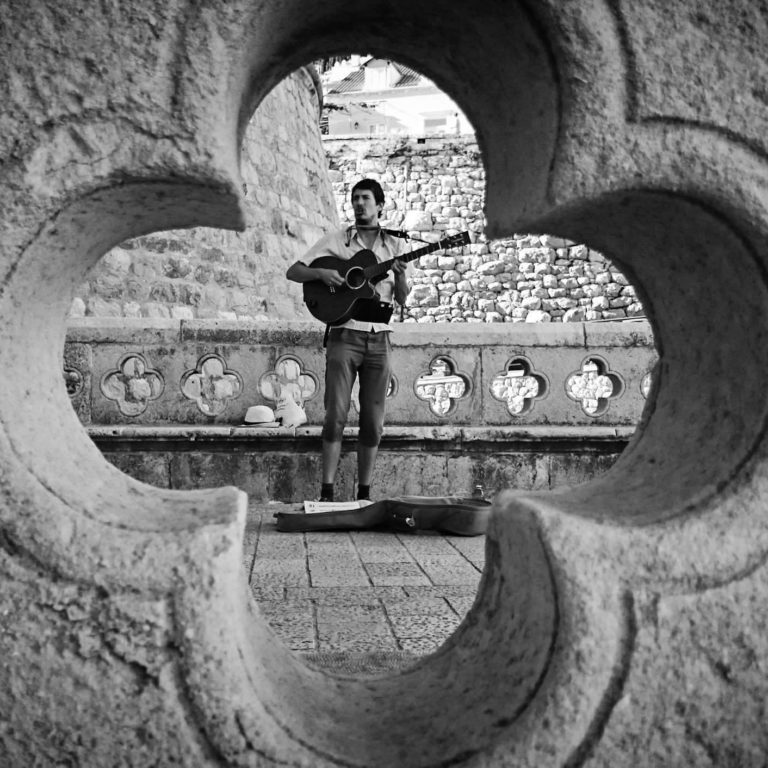 David Fisher is now based in Birmingham, where he returned to after spending three and a half years travelling and busking across nearly 50 countries, including every country in the EU. His experiences during this time formed the basis of the 'Busking Beyond Borders' project - an album and a book chronicling these years. The critically-acclaimed album was released in December 2018, receiving comparisons to artists such as Gordon Lightfoot, Richard Thompson and Bob Dylan.

Head to the Keep Streets Live Streams facebook page for information on more live streams from buskers around the country, starting this Sunday.

If you do enjoy what you hear, then any contributions to my virtual busking case would be greatly appreciated:

Listen to David Fisher on Soundcloud.