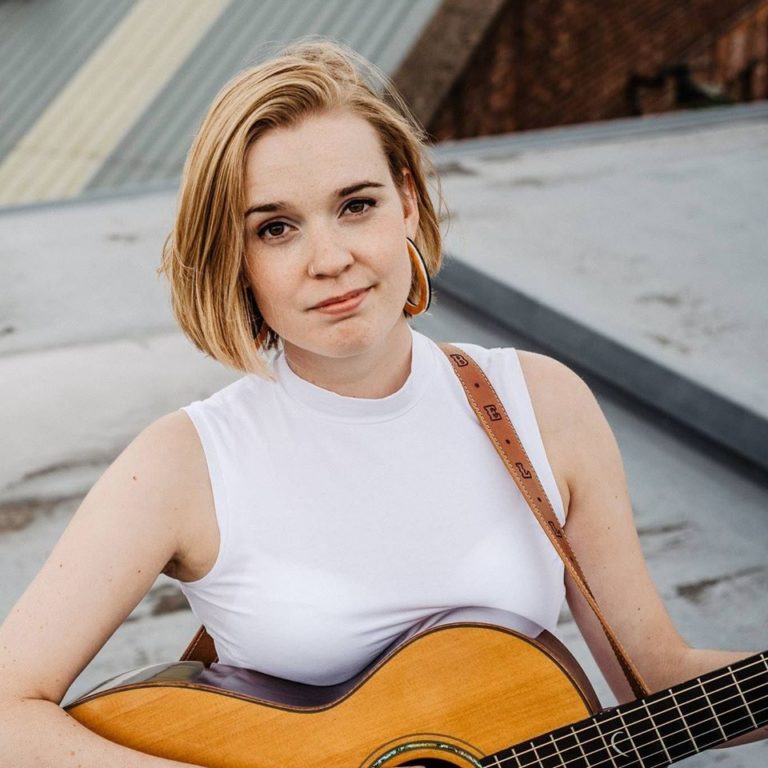 2016 Celtic Connections Danny Kyle Award winner Bella Gaffney hails from Bradford. She writes folk inspired songs which she performs along with her own original arrangements of traditional pieces. In 2018 she was one of the first recipients of a Friends Of Towersey Festival Award for music developmental support and opportunities.

She has played many folk and music festivals over the last few years, including Celtic Connections, Beverley, HebCelt and Shrewsbury to name just a few. 2017 saw the release of her solo album ‘Heaven Knows’ with Folkstock, to great reviews.

Bella also performs with sought-after celtic/bluegrass band The Magpies with Polly Bolton, Sarah Smout & Holly Brandon. This year they have been on an album release tour for their debut album Tidings! 2019 saw them go to Folk Alliance International in Montreal, on tour in Ireland and to Costa del Folk in Portugal. They have played many esteemed festivals including Cambridge Folk Festival, Towersey Folk Festival and Glastonbury!

Listen to Bella Gaffney on Soundcloud.