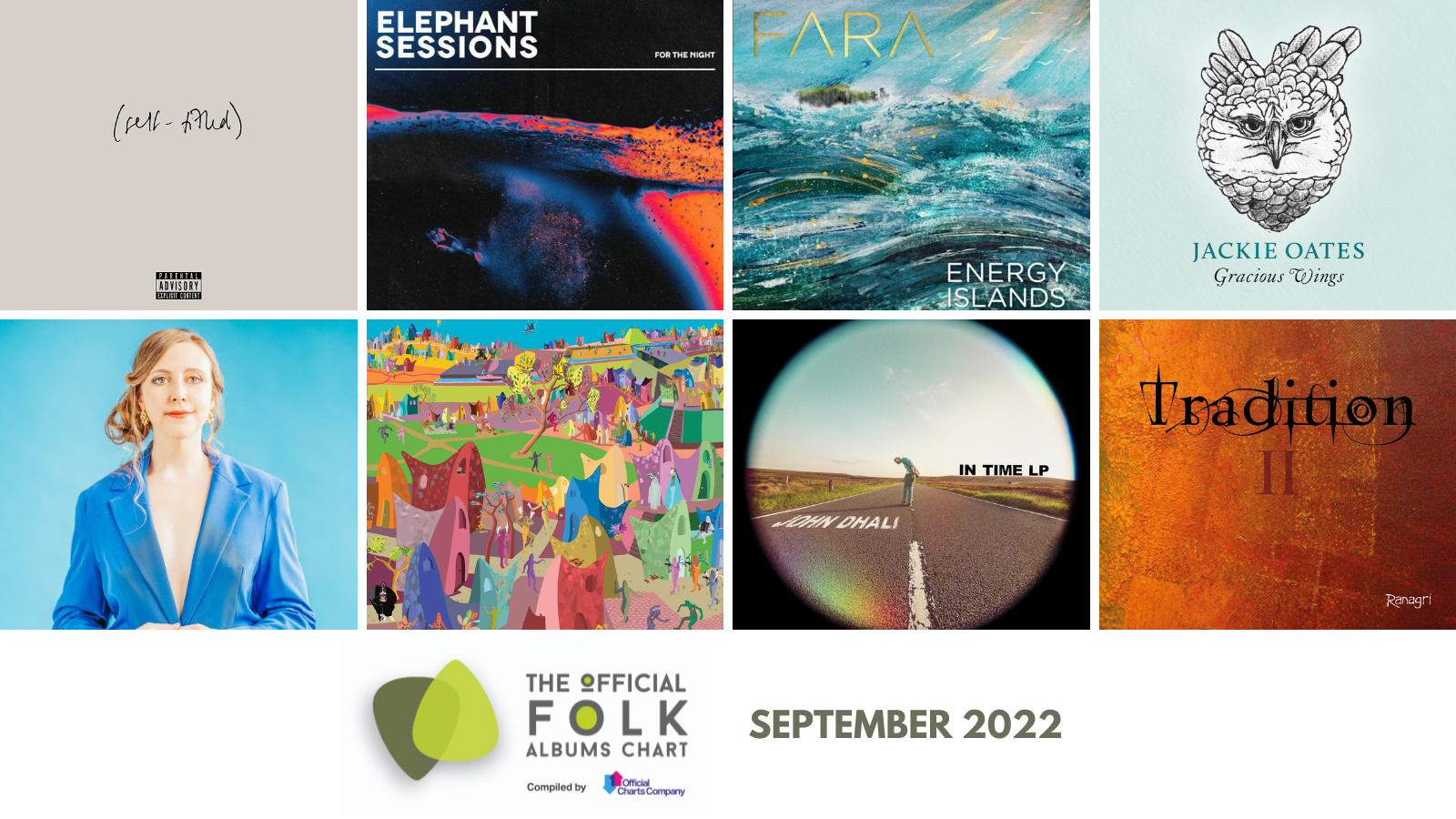 On Tuesday 4 October the Official Charts Company in partnership with English Folk Expo reveal the Top 40 best-selling and most streamed folk albums released in the September reporting period in the UK. The chart is first announced to the public at 7pm GMT as part of the Official Folk Albums Chart Show  presented by Folk on Foot via their YouTube channel.

There are eight new releases in the September Chart with three being debut recordings.

Topping the September Chart at No.1 is (Self Titled) (Island), the solo debut album from Marcus Mumford, singer, songwriter, musician and founding member of folk-rock juggernaut, Mumford & Sons. A bold, powerful album with songs touching on points of healing and reconciliation in Mumford’s life.   They are  honest and intimate with an emotional depth underscored by Mumford’s heartfelt voice that is both raw and delicate.

For The Night (Elephant Sessions) is the fourth release from Scottish indie-folk band, Elephant Sessions, in at No.3.  Fiddles, mandolin, bass, drums, synths and samples, combine to produce synth-driven electronica, funky riffs and the some of the very best in Scottish trad. The collection of infectious tracks speak of long summer days and sweaty late night festival dance tents.  Theirs is a new and exciting sound; immediate and danceable.

Another Scottish powerhouse, Fara enters the chart at No.10 with their release, Energy Islands (Fara Music). Fara’s Orkney homeland is intrinsic to their music with this new collection finding inspiration from Orkney’s pioneering role in renewable energy. Fara’s exhilarating sound evokes the abundant energy harnessed through the tides, waves and wind of their beloved islands. This sweeping set showcases a bounty of original instrumentals and songs with intricate arrangements that combines furious feel-good tracks with slower, ethereal songs.

A third chart entry from Scotland comes from Scottish singer-songwriter Siobhan Miller who releases Bloom (Songprint Recordings), landing at No.18. Following the solitude of the pandemic, Siobhan aims to recapture that life-affirming feeling with a freewheeling celebration of classic Scottish folk songs she grew up listening to. With her arresting, effortless voice she puts her own spirited stamp on anthems as well as sombre ballads, while staying true to what makes them timeless.

Revel (Tarren) is the debut recording from Bristol-based Tarren in at No.31. A collaboration between three forward-thinking interpreters and writers of English folk music – Sid Goldsmith, Alex Garden and Danny Pedler – Tarren combine cittern and concertina, fiddle and accordion to create new, dynamic folk music. Comprised mostly of original material with a sprinkling of traditionals, the album features minimalist arrangements, textural soundscapes, playful and celebratory renditions of jigs and polkas.

Emerging from years of darkness, singer-songwriter John Dhali embraces life andreleases his crowd-funded debut recording,  ‘IN TIME LP’ (Deep Beach Music) in at No.38 His assured, confident sound and unique blend of folk, pop and indie can be heard across a set of uplifting songs packed with positivity, joy and infectious, hook-laden melodies that build to anthemic heights. His distinctive, warm vocals steal the show fluctuating between vulnerability and a call to arms.

AtNo.40 is TRADITION II (Rangari), the new recording from English/Irish alt-folk band, Rangari. Deconstructing and reconstructing traditional folk songs, Rangari eek out alternative meaning whilst adding their unique flavour built from harp, flutes, guitars, dulcimer, percussion and vocals. The ten songs were selected for the way in which they relate to our lives during the pandemic; tales of love and loss intertwined with issues of mental health and the joy of being reunited.