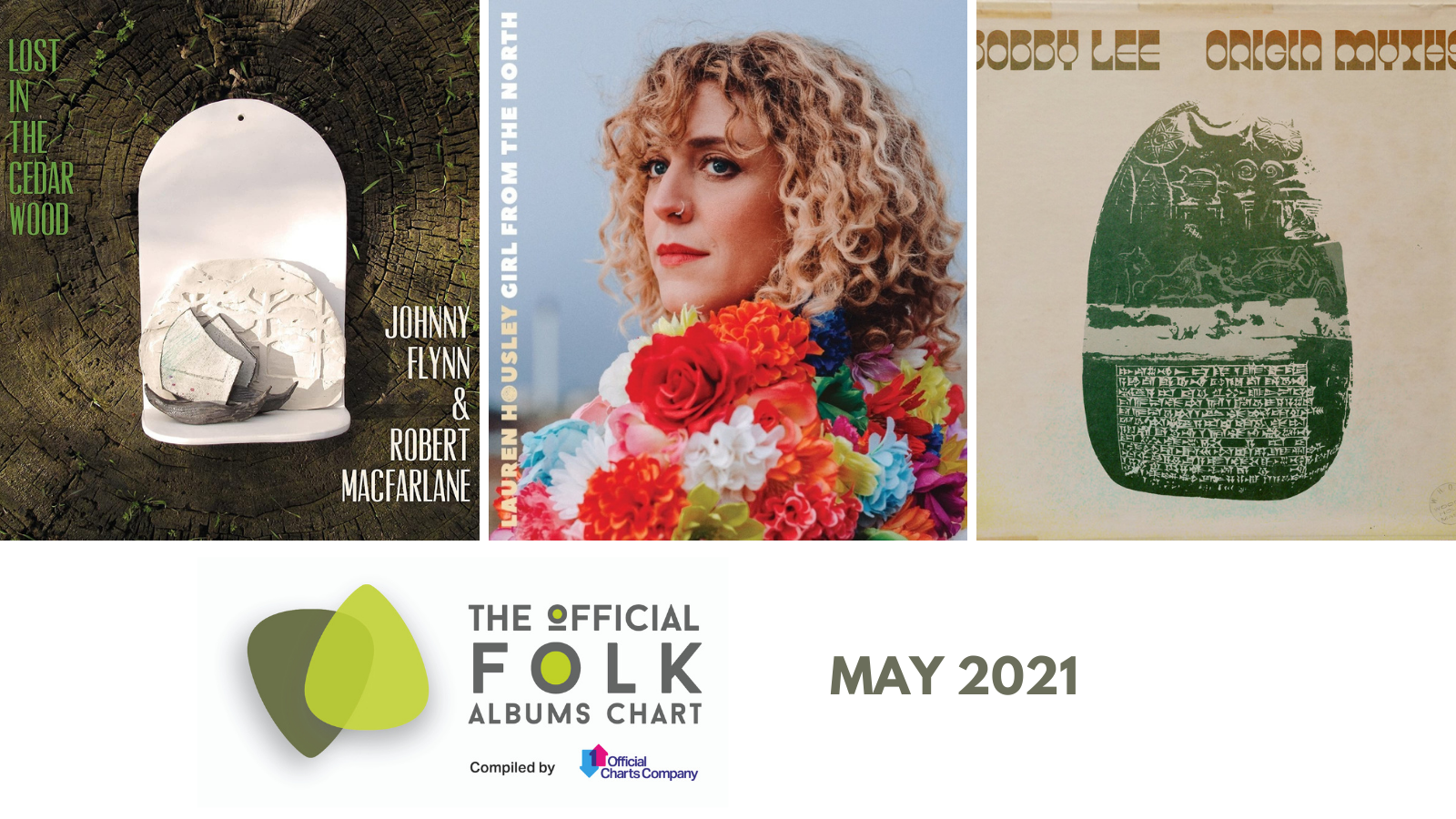 Today, the Official Charts Company in partnership with English Folk Expo reveal the Top 40 best-selling and most streamed folk albums released in the MAY reporting period.

Three new releases have entered the Top 40 chart, all being brand new recordings.

This month’s highest new entry at No 4. is Lost In The Cedar Wood (Transgressive) from actor, singer, composer, musician and actor Johnny Flynn, co- written with his friend and award-winning nature writer, Robert Macfarlane. Recently seen on screen staring in films such as Emma, Beast and Stardust, Flynn was able to write the album during the depths of the global crisis. The album draws its inspiration from the Epic of Gilgamesh, the oldest written story in literature; an epic poem from Ancient Mesopotamia that contains the earliest version of the Flood Myth. To Johnny and Robert, its themes of natural disaster and environmental crisis alongside love, loss, grief, bad governance and friendship, resonated. The result is an album which fuses poetry, landscape, myth and music into something unique, recognising the unpredictable power and beauty of nature. From raucous and rousing to tender and understated, the albums 11 songs ring with hope, love and sadness.

In at No.15 is Girl from The North (Lovebird Recordings) from Lauren Housley, a singer with a powerhouse vocal and a story to tell. Wrapped in a fresh and eclectic sound, the central theme of her new recording is one of rediscovering herself and her roots. Here, she draws on inspiration from her childhood; growing up in the working-class town of Rotherham, South Yorkshire, having big dreams and exploring the world through her art. The album was written by Lauren and her husband and long-time musical collaborator Thomas Dibb, spanning a variety of styles from the world of roots music from ethereal Americana, to psychedelic-folk, yet what shines through is Housley’s exceptional songwriting, her craft of storytelling and an emotive vocal performance.

Origin of Myths (Tompkins Square) is the intoxicating new instrumental recording from Sheffield-based multi-instrumentalist Bobby Lee, landing at No.21. Descriptions such as ‘open sky/scorched earth’, ‘worn-denim psych-country’ and ‘cosmic desert’ are all apt here. The album was recorded to four track tape during the rare moments of solitude afforded by lockdown and early fatherhood. Using an assortment of guitars, drum machine, organ, dulcimer and lap steel, songs were written, tracked and mixed in an afternoon, imperfections allowed to stand. Lee’s love of  South Western Native American cultures is evident as he takes the textures and the timbre of country music and blasts them into the world of ambient, noise, and something entirely leftfield. Primitive drum machines, reverb and delay pedals meet with guitars both swampy and syrupy and shimmering and tender.