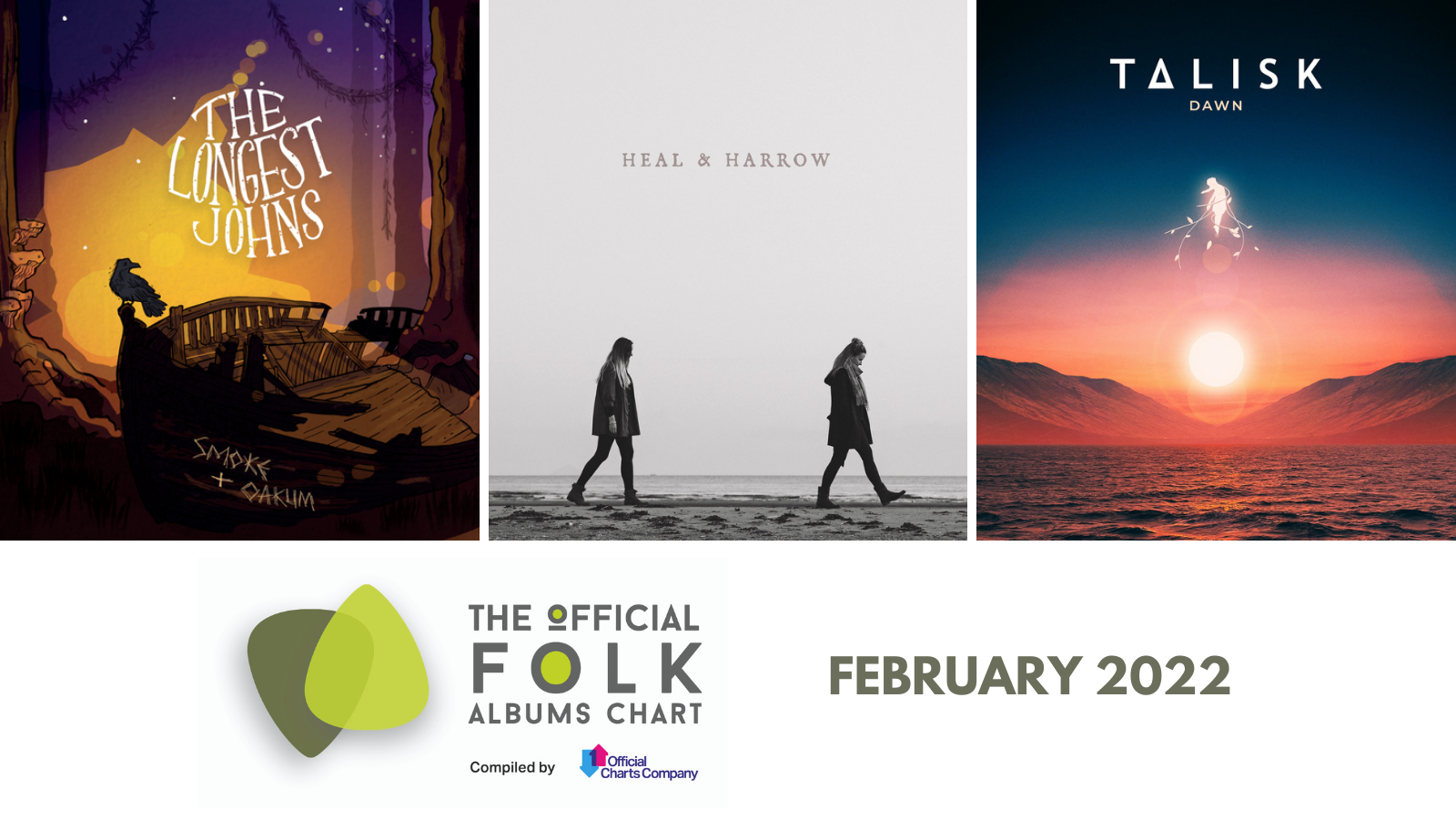 On Tuesday 1 March the Official Charts Company in partnership with English Folk Expo reveal the Top 40 best-selling and most streamed folk albums released in the FEBRUARY reporting period.  The chart is first announced to the public at 7pm GMT as part of the Official Folk Albums Chart Show presented by Folk on Foot via their YouTube channel.

Three new releases have entered the Top 40 chart this month.

Sailing straight into the No.1 slot is Smoke & Oakum (Decca) from the Longest Johns, the trailblazing band at the forefront of the recent sea shanties phenomenon. Featuring a combination of legendary folk songs and thrilling originals, the four friends from Bristol pay homage to protest singers and folk luminaries through the years shining a new light on songs that hold a torch up to the truth. From powerful a capella arrangements to traditional accompanying instrumentation (banjo, whistle, harmonium), the collection of songs combines rousing sing-alongs to melancholic numbers  demonstrating their authenticity and unfailing allure.

Two of Scotland’s foremost traditional musicians and composers, fiddler Lauren MacColl and harpist- singer, Rachel Newton come together to release their self-titled album, Heal & Harrow (Shadowside) straight in at No.4. The album is acaptivating original work that pays tribute to the many Scottish women who were executed as witches in the 16th and 17th centuries. Each piece is inspired by real women who were caught up in the persecutions, or characters from folklore that fired the imaginations of Newton and MacColl.  Stark, spectral and stripped back yet exquisitely tender, the  album melds haunting harp and sensitive fiddle melodies with the engaging, sometimes eerie voice of Newton, singing in both English and Gaelic. The hypnotic music, readings and songs act as a restorative salve to the heart-breaking ‘hate crime’ stories of women burnt at the stake for being ‘different’. It’s an emotive, beautifully crafted release and a work of dignity and emotional healing.

Scottish modern folk group, Talisk jump into the Top 10 landing at No.9 with their third release, Dawn (Talisk). Renowned for their high energy, foot stompin’ live shows, Talisk are one of the quintessential bands of the genre, breaking down boundaries and bringing folk right into the mainstream. With stunning musicianship, the trio, Mohsen Amini, a demon, quickfire concertina player, Graeme Armstrong on guitars and Benedict Morris on fiddle, produce their instantly enthralling signature sound. Tracks are multi-layered and artfully woven with songs combining intricate, gentle melodies and an epic, exhilarating sound.