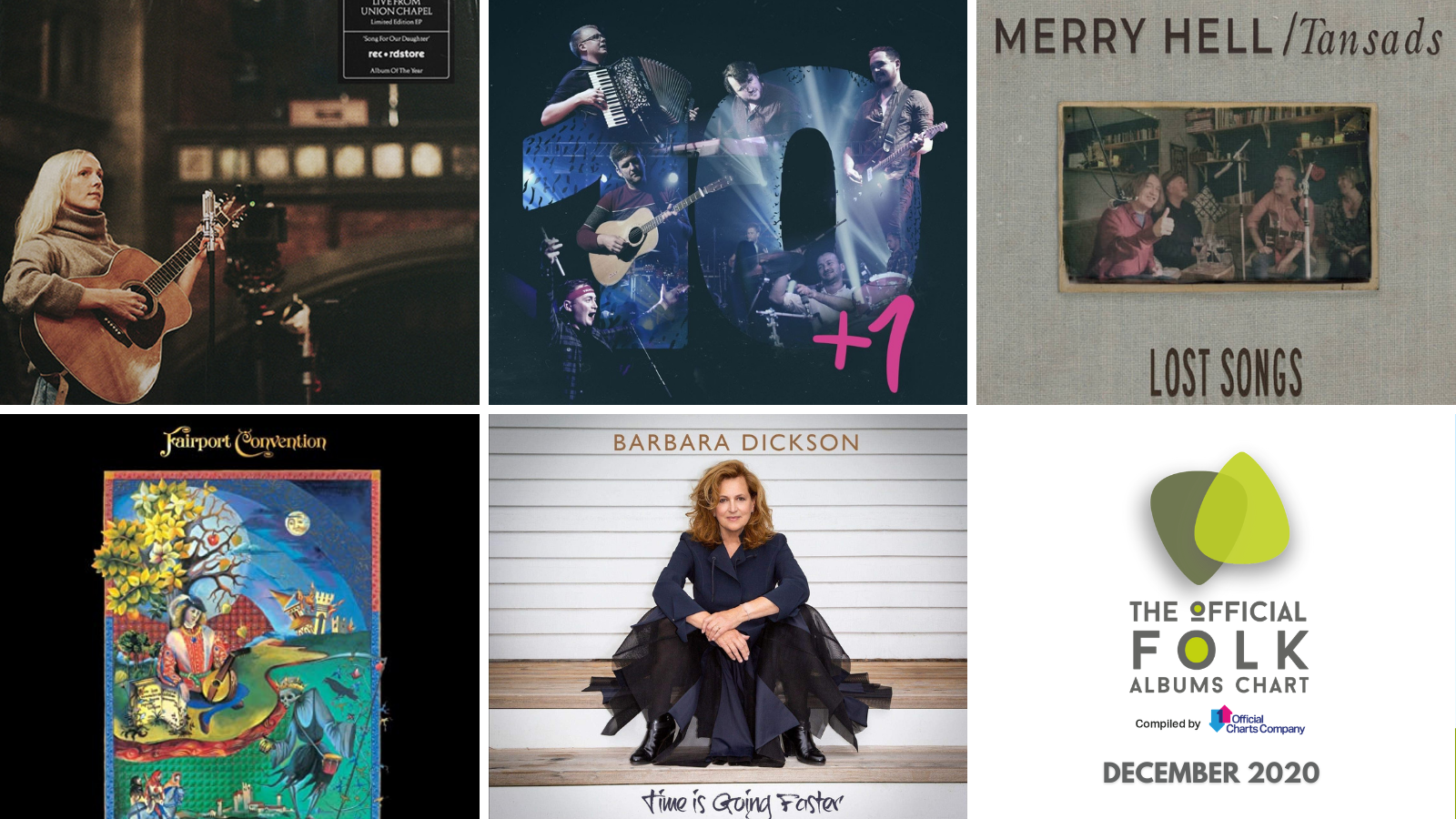 Today, the Official Charts Company in partnership with English Folk Expo reveal the Top 40 best-selling and most streamed folk albums released in the DECEMBER reporting period.

Topping the first Official Folk Albums Chart Christmas No.1 is Laura Marling’s Song for My Daughter, having amassed just under 26,000 chart sales since its release in April. Marling also provides us with the first of the December chart’s new entries. Straight in at No.5 is Live from Union Chapel (Chrysalis), an exquisite performance that marked not only the beginning of the global lockdown and this year’s new normal, but a defining moment in presenting ticketed shows with exemplary production values, leading the way for other artists. Available only on white vinyl, the poignant, emotive, exhilarating set includes a suite of songs from her fourth album alongside newer material

In celebration of their 10-year anniversary, Scottish outfit, Trail West release their fourth album, Countless Isles and Endless Miles (TW Records), entering the chart at No.28. Recorded in February before Covid restrictions took hold, the set’s high intensity tunes see the band’s ceilidh roots shining through. The title refers to the travelling that the band have enjoyed over the years, mainly throughout the West Coast of Scotland but also further afield.

English eight-piece folk-rock act, Merry Hell follow their 6th album, ‘Emergency Lullabies’ (currently residing at the No.23 slot), with a brand-new recording released on Christmas Day. In 2020, the four Kettle family members of Merry Hell assembled for an evening of songs and stories. Talk turned to times past, reflecting on their history as the pioneering ‘90s’ folk-punk band, The Tansads.  Lost Songs (Merry Hell Music), in at No.38, is a collection of songs from the past recorded exactly as they were performed that night, with honesty in the music and truth in the words.

Fame And Glory (Cherry Red/Explore Multimedia) is the new release from folk-rock band, Fairport Convention and their second album to feature in the December chart (‘Shuffle And Go’ is at No.40). A new entry at No.13, the album is a collection of all the tracks that the band recorded for Alan Simon’s rock operas, including Excalibur: The Celtic Rock Opera, Gaia and Anne de Bretagne. Previously available only to their fans, this new release adds three tracks including a previously unreleased studio recording ‘Goodbye My Friends’.