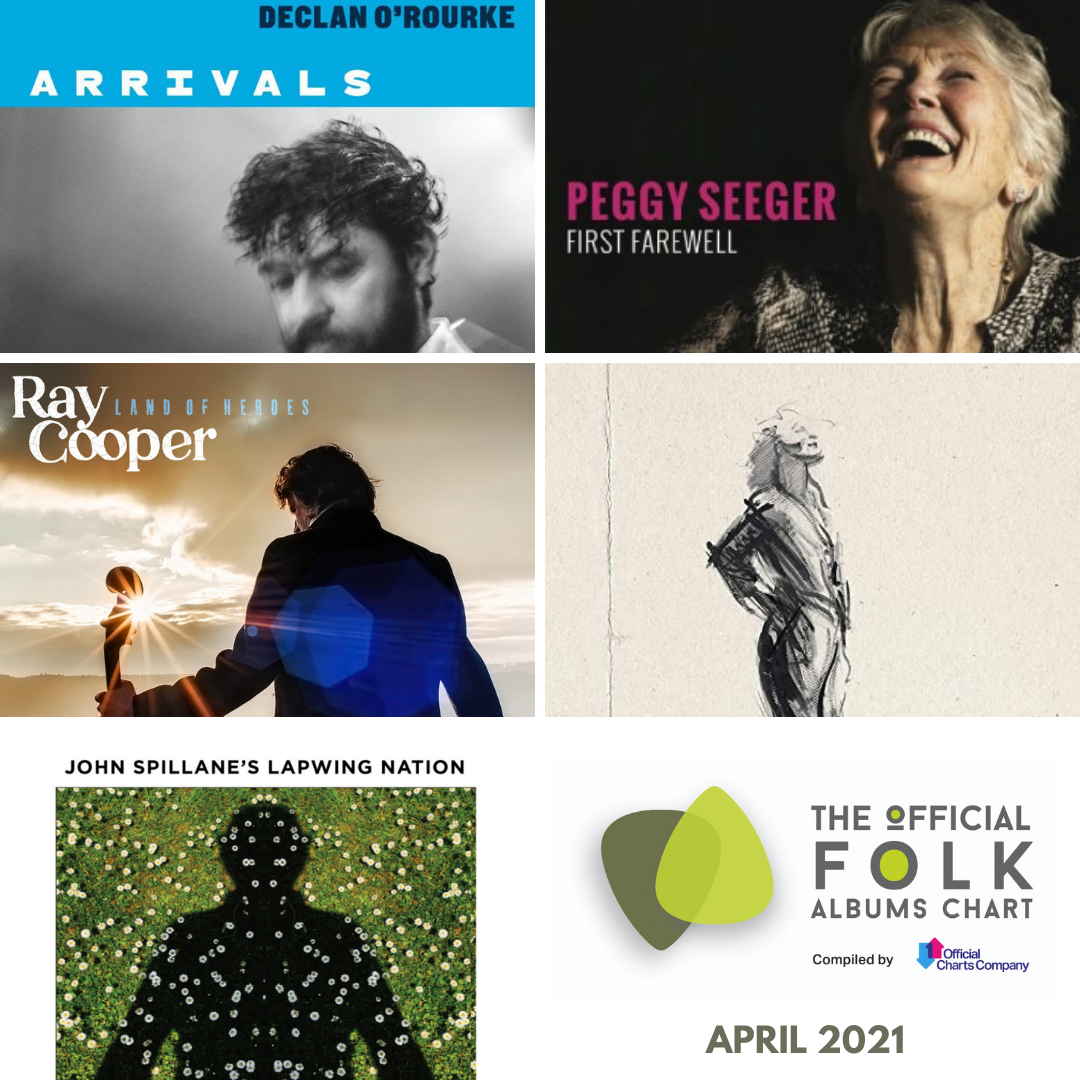 Today, the Official Charts Company in partnership with English Folk Expo reveal the Top 40 best-selling and most streamed folk albums released in the APRIL reporting period.

Six new releases have entered the Top 40 chart, all being brand new recordings.

Flying straight in at No.1 is This is Really Going To Hurt (Island Records), the second album from London based indie-folk-rock band, Flyte. The three friends Will Taylor, Jon Supran and Nick Hill are renowned for their complex and rich vocal arrangements and melodies with lyrics steeped in literary imagery. Pain is often the greatest source of inspiration as it was for this album when lead singer Taylor found himself at the end of an eight-year relationship laying the foundations for a recording steeped in heartbreak and deep emotion. An honest and personal album with beautiful three-part harmonies and a voice that feels fragile yet urgently contemporary.

Still writing and touring at the age of 85 with an unbroken 68-year career in music, Peggy Seeger is a monumental figure in folk music. Her 24th solo album First Farewell (Red Grape Music)lands at No.5 cementing her place as one of the most inspiring female artists of any genre and age.  With storytelling running through her bones and an unshakable belief that music is activism (she is known as a campaigner environmental, social and feminist issues), the album  comprises new, powerful songs both personal and political: Life-long love; the invisibility of old age; the joys of not giving a damn anymore; loneliness; young male suicide; modern slavery; social media addiction and a tongue in cheek twist on the Cinderella story. The album is also the first to be written and recorded entirely with Peggy’s immediate family members – sons Calum and Neill MacColl (established musicians & songwriters) and daughter-in-law Kate St John. It’s also her first album to reference her roots as a classically trained pianist rather than entirely as a folk musician.

At No.2 is Arrivals (Rhino), the seventh studio album from Irish singer-songwriter Declan O’Rourke who has been spreading hope, love and emotional clarity for over 15 yearsthrough his expressive recordings. Produced by Paul Weller (who appears on the recording), the album’s 10 emotionally potent songs hark back to what inspired O’Rourke when he started out during the glory days (and nights) of Dublin’s singer-songwriter scene. The sound is stripped back to his soulful and resonant voice, the virtuosic acoustic guitar playing for which he is renowned is accompanied with only the occasional sparse arrangement of strings and drums adding colour and light. ‘Arrivals’ deftly balances the personal – O’Rourke’s admission that his family is the well and the source, and political – speaking his mind about humanitarian issues. An emotionally raw and affecting album.

The second new entrant from the Emerald Isle comes from renowned songwriter and musician John Spillane whose thirteenth recording, 100 Snow White Horses (Inspired) is his first independent release in 20 years. In at No. 40 the album is Spillane’s love song to his beloved Ireland. Inspired by her history and mythology Spillane has created a compelling collection of songs with a fairy-tale feel and an atmosphere of fantasy and enchantment. Travelling as a bard from town to town, singing songs, talking and discovering Ireland on a deeper level, he wrote the album’s songs in the Irish bardic tradition. Featuring Pauline Scanlon’s gossamer-like vocals, the album brims with melody, poetry, Irish mythology and wonder.

Invisible Music, Folk Songs that Inspired Angela Carter (One Little Independent) is the enchanting and enlightening eighth release from singer-songwriter Polly Paulusma landing at No.39. The album presents a collection of traditional folk songs that influenced Angela Carter, the English writer and poet known for her feminist, magical realism, and picaresque works. The songs explore a multitude of themes, most of which describe in grizzly detail dramatic loss, love, incest, abduction, war and death. Gracefully recrafted by Paulusma, the songs are accompanied with readings of Carters work (by Paulusma as well as guests Kathryn Williams and Kirsty Logan) that serve as an interlude to the dark folk songs while underscoring the musical turn of Carter’s phrase. The album is littered with unique musicality with Paulusma delving deep into interesting guitar techniques and odd tunings enhanced by sweet fiddle melodies. This is a slice of intoxicating, intellient folk pop and a personal presentation of the the complex inter-relationships between music and literature

Stories are at the centre of singer-songwriter and multi-instrumentalist Ray Cooper’s work and his fourth album, Land of Heroes (Westpark) asks who today’s heroes are. Landing at No.20, the album sees former member of iconic folk act Oysterband finding them in all walks of life, from journalists, whistle-blowers and hospital nurses. There is a Finnish thread running through the album; it’s named after the subtitle of the Finnish Kalevala (the 19th century work of epic poetry) and the album’s haunting soundscape of acoustic instruments includes the kantele, a Finnish harp alongside cello and mandolin, all played by Cooper himself.