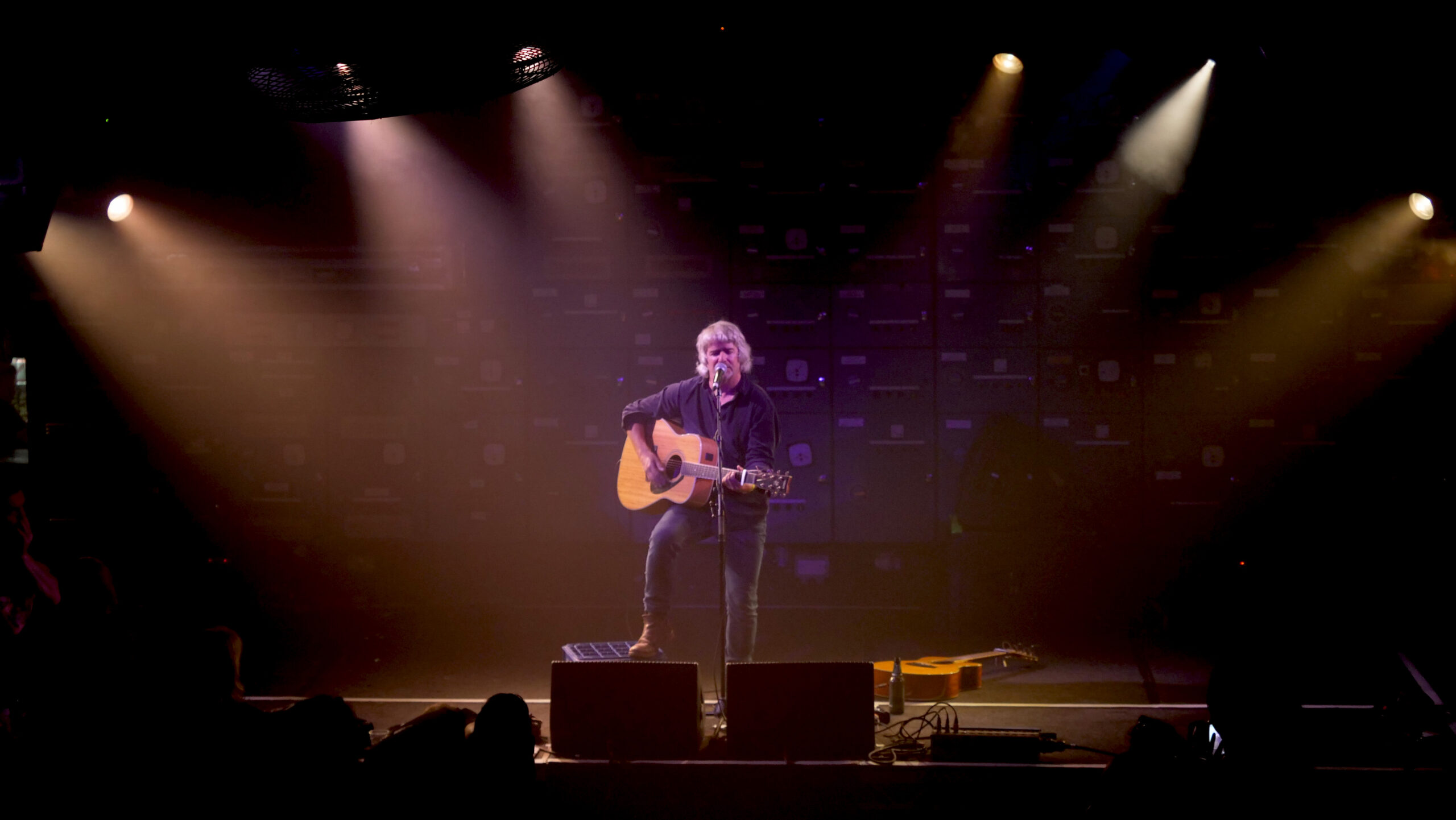 On the first day of Manchester Folk Festival 2019 we found ourselves in the situation every gig organiser dreads! One of our headline artists for the evening had come down with an illness and was unable to perform.

How on earth would we get a replacement at that notice? Miraculously, we did. The wonderful John Bramwell stepped in with only hours notice and gave a fantastic performance, saving the gig.

So, we are thrilled to announce that John, (this time planned and with his full band!) will return to play 02 Ritz, Manchester on Thursday 1st April (and no, it’s not an April fools!)

Best known as the front man of I Am Kloot, John Bramwell, is one of the UK’s most unique and talented singer-songwiters. His solo album, ‘Leave Alone the Empty Spaces’ is a stunning showcase of John’s skilful, widely acclaimed song-writing and his unique voice.

As part of I am Kloot he released ten albums, receiving a Mercury Music Prize nomination in 2011, for the exquisite, ‘Sky at Night’, produced by Guy Garvey and Craig Potter from Elbow.

For more info and to book tickets click here.