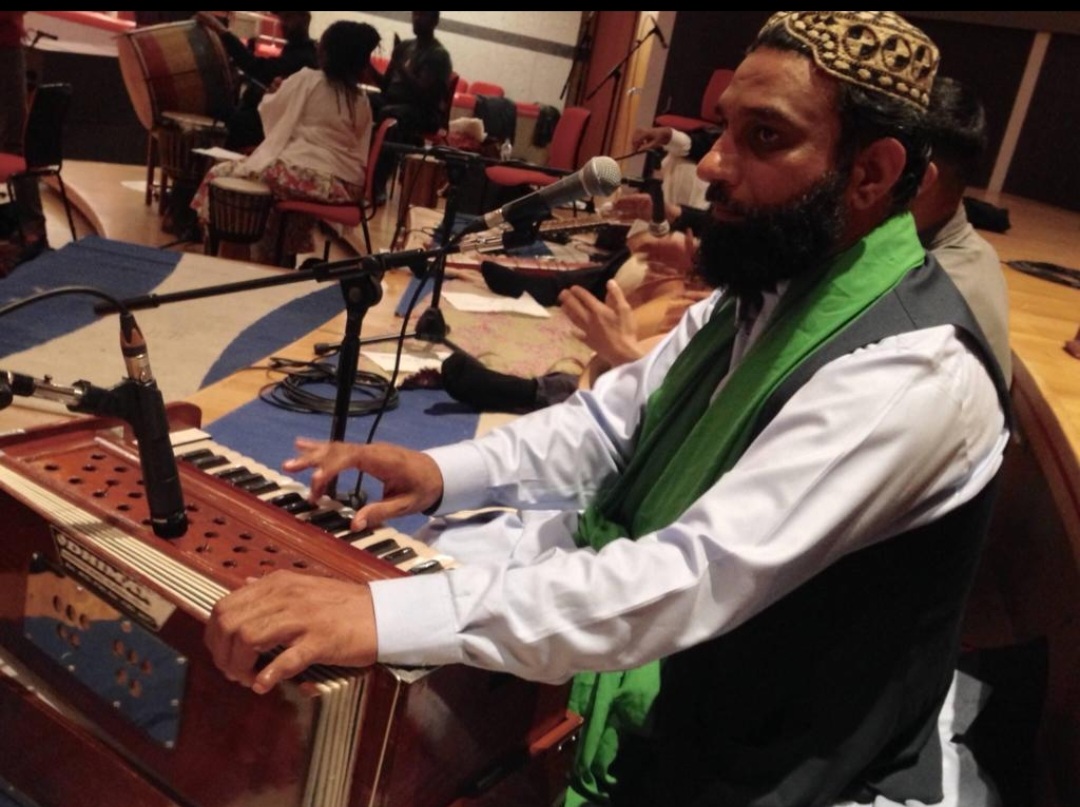 English Folk Expo and The Association of Kashmiri Arts present a very special concert as part of Rochdale Folk Festival 2021.

Lala Qadeer is one of the most popular and versatile British Kashmiri artists. Hailing from a small village in Mirpur district of Pakistani Administered Jammu Kashmir, Lala Qadeer started performing his vocal skills from school years by reciting Hamad (praising Allah) and Naats (praising Prophet PBUH). In College he started taking part in theatre and theatre singing before setting up Saifulmuluk Academy and performing on the shrine of this most popular poet philosopher of the region. After migrating to Britain in early years of the 21st Century, Lala continues performing. Lala’s songs are played frequently on the local radio stations, and he makes regular appearances on local community TV channels.