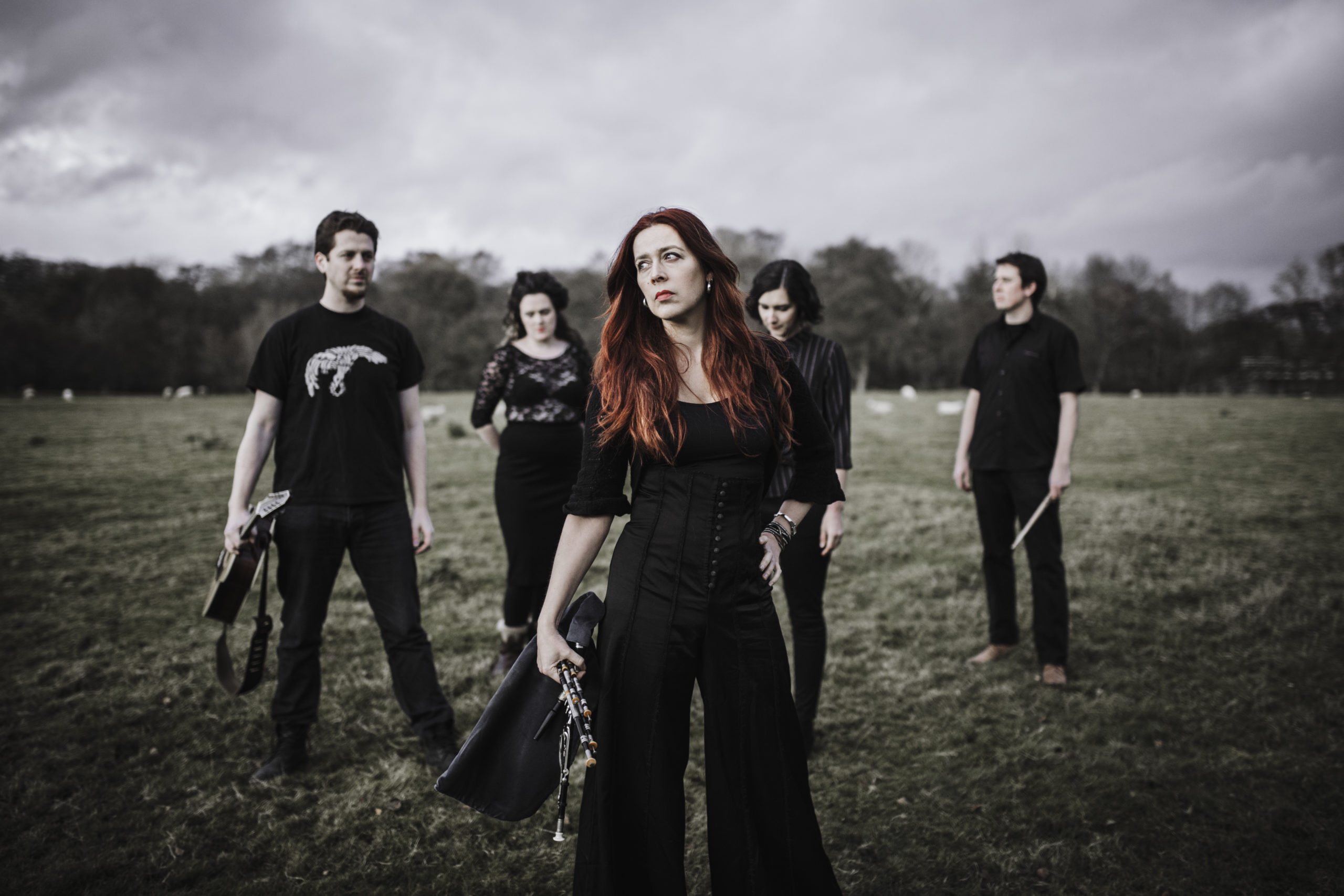 Musicians from Northumberland, Scotland and England invoke the dark, powerful, shamanic sounds of Ancient Northumbria and broadcast them to the modern world.
Their inspiration comes from the wild, dramatic, weather-bitten countryside along Hadrian’s Wall, which seems so quintessentially Northumbrian…and yet, almost 2000 years ago that same landscape was inhabited by people from around the world, worshipping different gods and following different customs.
Kathryn Tickell & The Darkening embrace that global perspective, bringing some of the oldest Northumbrian tunes and songs throbbing to life, intermingling them with new material and binding it all together with contemporary resonance and attitude.
Fresh sounds merge with ancient influences. Expansive sonic textures are created. Dazzling duets from Kathryn’s pipes and Amy’s accordion contrast with the dark and dirty riffs and rhythms of Kieran’s octave mandolin. Intrepid world-traveller Kate adds her fearless explorations and the inventive use of drums and percussion unites the ensemble.
Band members are also known for their work with: Sting, Soumik Datta, The Shee, Monster Ceilidh Band, Songs of Separation, Carthy, Oates, Farrell & Young, Tarras, the Kathryn Tickell Band and many more.