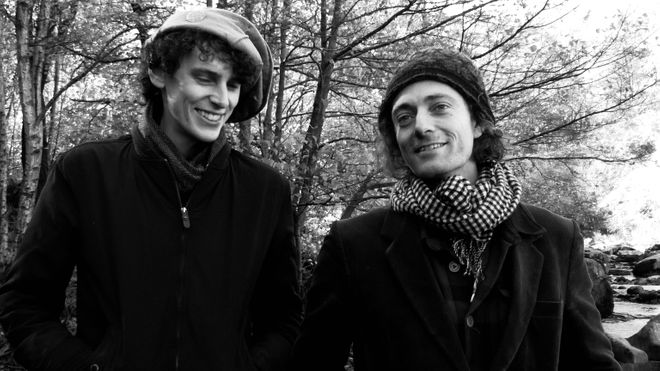 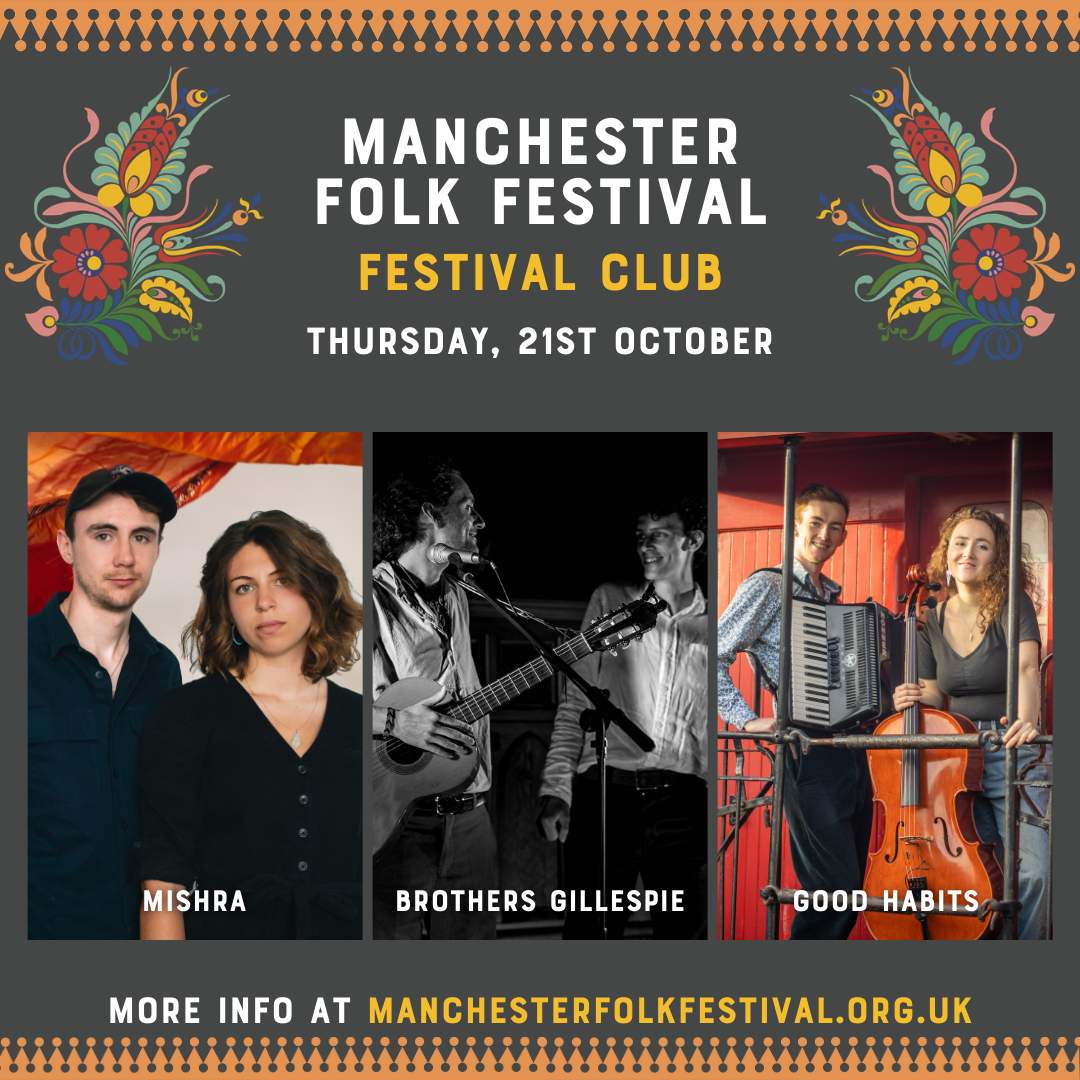 This ticket is only available for purchase when purchased in conjunction with another Thursday Manchester Folk Festival event ticket. It is also available to purchase if you are an EFEx Digital subscriber (log into your account to buy).

Northumbrian duo The Brothers Gillespie sing traditional and original songs with lyrical and visionary intensity, rich with sounds of soaring sibling harmony, guitars, flute, fiddle and mandolin. Their songs and performances are animated by a rare energy, both earthy and ethereal, romantic and radical.

Mishra weave a tight web of intricate, Indian-influenced original music that defies definition and has already brought awards recognition since their formation in 2017. Kate Griffin (The Magpies) and Ford Collier (BBC R2 Folk Award nominated The Drystones) draw on their unique base of influences that encompasses folk music of the UK and America, Indian classical music, and soul to create a surprisingly accessible sound that audiences instantly connect to.