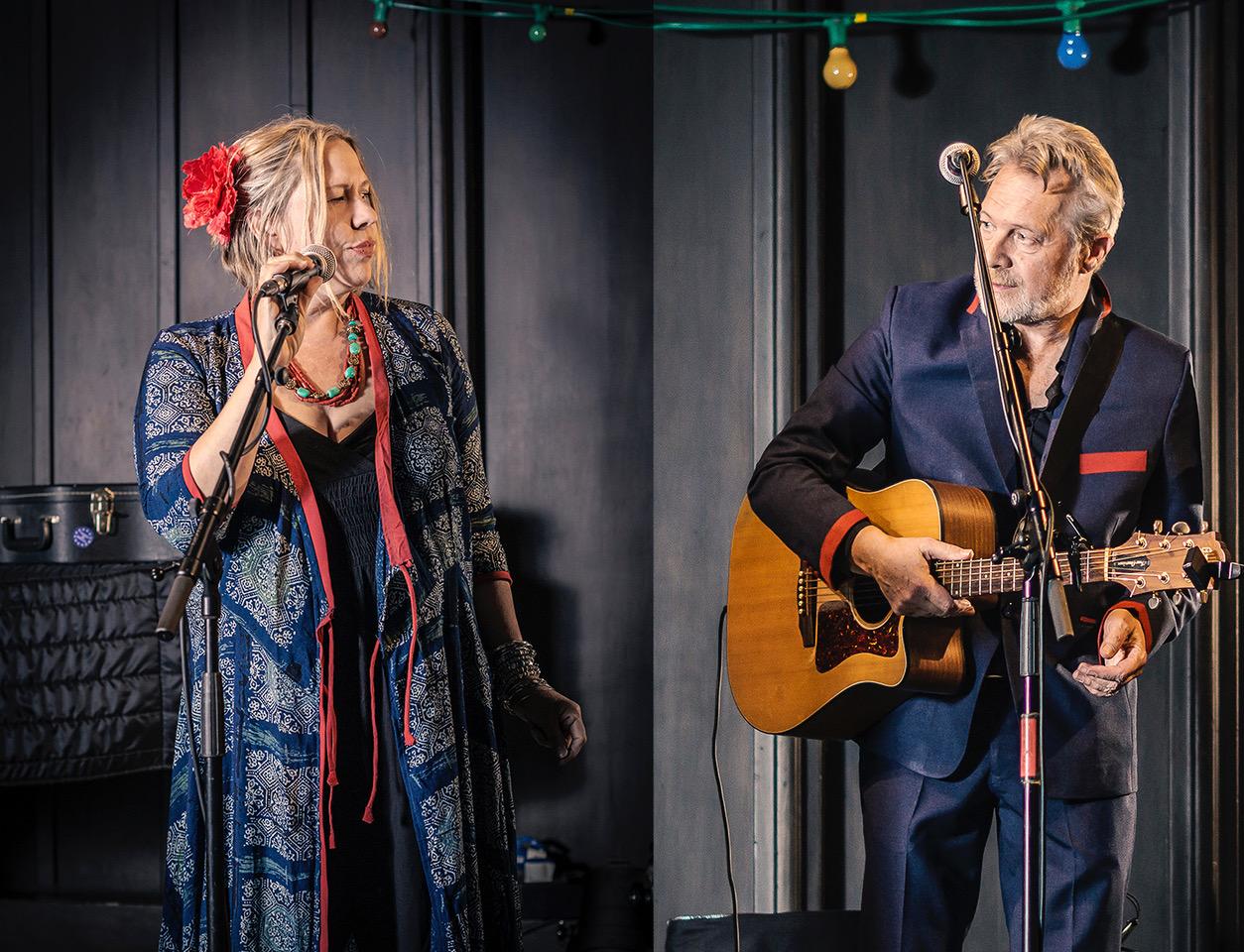 Naomi Bedford and Paul Simmonds are a duo, based in the folk and country roots genre, who have made 4 acclaimed albums and been nominated for a BBC Radio 2 Folk Award (Best Original Song). They tour widely and have appeared at Cambridge Festival, Glastonbury, Celtic Connections and many others.

Their last album (2019) ‘Singing It All Back Home’, an album of Appalachian Ballads, originating in England and Scotland, was featured as the Guardian Album of the Month. Playing songs from the same album they were also featured in session on the Mark Radcliffe BBC Radio 2 show.

Paul is also the chief songwriter with legendary folk-rock band The Men They Couldn’t Hang; his songs have featured in films, TV, radio and in academic resources. Naomi has co-written and sung on ‘Funny Break’, a Top 20 hit with Orbital and has appeared on Later with Jools Holland.